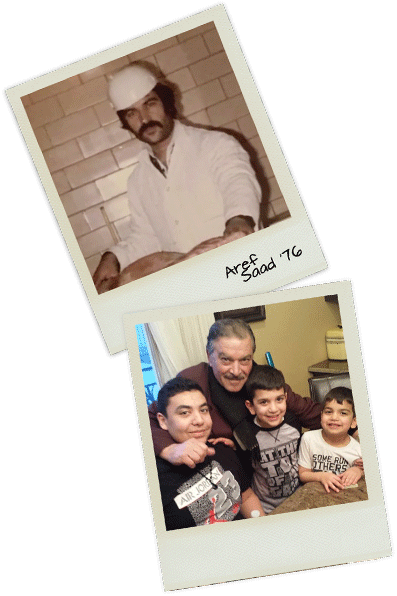 In 1973, Aref Saad emigrated from Lebanon to the United States. It was several years before Saad was able to send for the rest of his family and open up his own shop. Saad’s humble beginnings landed him first in a factory, working seven days a week to provide for his family. Coming from a long line of butchers, Saad recognized the demand for quality halal meat in an area that was swiftly becoming the most highly concentrated area of Muslims outside of the Middle East.

In 1976, Saad established Saad Wholesale Meats in historic Eastern Market in Detroit. With a small loan and personal savings, Saad was finally able to start his own butcher shop. With a name like Saad, the community was already familiar with the Saad standard of quality halal meats and because of the loyal patronage, the Saad business became well known throughout greater Detroit. After much success and rapid growth, Saad purchased land surrounding Saad Wholesale Meats to expand.

Now a family run business with Saad’s younger son serving as Vice President with two of his daughters employed as well, Saad Wholesale Meats is recognized as the largest halal meat provider in the Midwest. Not only does Saad Wholesale Meats serve the state of Michigan, but many customers hail from Ohio, Indiana, Iowa, Illinois, Indiana and as far Pennsylvania as well.

With the success of Saad Wholesale Meats, Sharifa Halal was created. After Saad’s own children had come home from school asking their parents to be able to eat the same things that their friends were eating, Saad decided to make his own beef bologna. He often made loaves of lunch meats for his household and extended family members. After marketing and branding the Sharifa Halal line of lunch meats and watching these items fly off the shelves, Saad decided to extend the line. Not only does the Sharifa Halal line include lunch meat, but Saad has expanded it to hot dogs, salami, chicken patties, hamburger patties, chicken nuggets, chicken strips, turkey bacon, beef bacon, and hickory smoked bacon, turkey Toms, beef snack sticks, knockwurst, and smoky links. Saad’s Sharifa line can be found directly at Saad Wholesale Meats in Eastern Market as well as many groceries throughout metro Detroit.

Sharifa was the first halal lunchmeat line in the country.  We are constantly adding and modifying product based on customer demands.   We are adding distributors across the country to reach as many people as possible.

In the Detroit area?  We invite you to visit us in Detroit’s historic Eastern Market and be a part of the true “Butcher Shop Experience”.  Unlike other meat and poultry retailers where you choose your cuts from across a butcher counter, Saad Wholesale Meats welcomes you right into our cooler, which serves as our retail store.

A visit to Saad Wholesale Meatst is nothing short of an experience reminiscent of butcher shops past.  You can pick the lamb of your choice from our hanging racks, take it whole or have it cut your way.  You can choose the beef you would like sliced as steak, stew or even ground.  On any given day you will find all poultry products and all cuts - available for purchase by the pound, bag or case.

Are you looking for specialty products?  No need to travel to different shops looking for ethnic culinary beef, veal, lamb or chicken ingredients, you can find them all here on our website, or at our market. 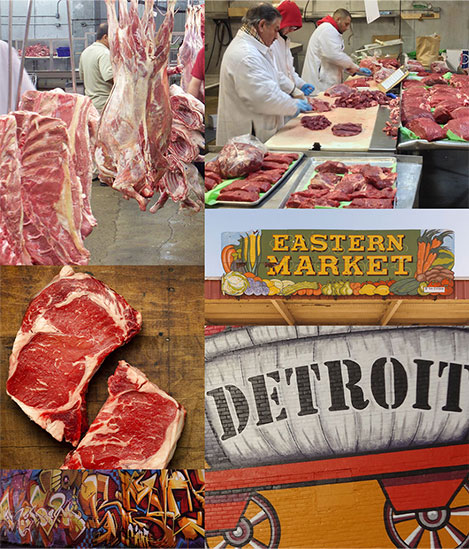